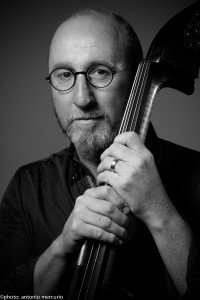 Diego Zecharies  is a highly dedicated professional musician who has mastered his art globally, branching out as recording artist, professor, soloist, principal bass, producer and pedagogue, born in Montevideo Uruguay, nowadays based in Spain.

Education
Began his studies in his hometown, continues in Jerusalem and graduated with the highest qualification in the ÜdK Berlin (University of Arts Berlin) under the guidance of Prof. Rainer Zepperitz, Prof. Klaus Stoll and violin Prof. Ilan Gronich. During his studies, Diego performed as a principal bass at the Mahler Jugend Orchester, the Junge Deutsche Philharmonie and the Jeunesses Musicales World Orchestra. He won the Friczay Stipendium at Deutsche Symphonie Orchester Berlin and played as a substitute with the Rundfunk Symphonie-Orchester Berlin.

Solo career
Renowned as a very active and passionate soloist, Diego’s research has brought him to perform some world-premiere material including entire unaccompanied Double Bass recitals, like at the BASS EUROPE Convention in Amsterdam 2014 and ISB World Convention 2015 in Denver (U.S.A) with great appreciation both critics and public.
Diego appeared as soloist with: the Chamber Orchestra of Galicia Symphony; the Camerata of the Ministry of Education and Culture of Montevideo; the Galicia Symphony Orchestra; the OJS of Montevideo, the Orquesta de Baja California,among others and gave the opening unaccompanied Double Bass recital for the UNESCO Chair Culture of Peace and Human Rights under the World Peace Forum 2010.

Teaching, Coaching
Diego has given numerous master classes in Europe, South América and South Korea, been assigned as coach on many youth orchestras across Spain and Germany and has recently been appointed as Director of the International Double Bass Festival of Montevideo and Director of the Double-Bass Cathedra of the Uruguayan National Orchestral Training Plan. This cathedra foresees a minimum of 3 seminars with solo recitals and telematic virtual master classes given throughout the year, plus an international festival every 2 years.
In Spain, Diego is the Artistic Director of the “ReSuena Project”, which brings together kids from diverse cultural and social backgrounds, throughout the creation of youth symphony orchestras and choirs all over the city, project originally inspired on Venezuela’s “El Sistema de Orquestas”. 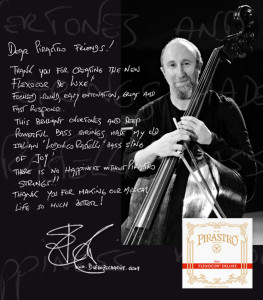 Copyright 2014
This website uses cookies to improve your experience. We'll assume you're ok with this, but you can opt-out if you wishacceptread more